During the 51st Academy of Country Music Awards last year, the red carpet allowed for all our favorite stars to shine and sparkle as they put their best foot forward in these elegant and sometimes daring looks. Click through to check out all the looks from country’s biggest night, and try not to let the envy consume you!

In the 2015 Academy of Country Music Awards, the one and only diva, our homegirl T. Swift was the epitome of perfection in this two-piece crop top and long black skirt. Slay girl, slay.

We honestly couldn’t tell you if Georges Hobeika spent years at fashion merchandising schools but THIS look, whoa. Kelsea Ballerini is royalty personified and we can’t stop swooning.

Singer, songwriter, and guitarist Lindsay Ell looks breathtaking in this black and white gown. With the right fashion merchandising, we could probably duplicate the look…probably.

Voted as one of the “Best Dressed” male’s to walk the red carpet, “Drunk on Your Love” country singer suits up in a maroon tie and patterned shirt. Between his love-filled performance and his studly style, Nashville fans were absolutely “drunk in love” with Eldredge that night.

Ahem, all those in fashion school take a look at Nicole Kidman wearing this stunning Alexander McQueen look. In case you forgot, when it comes to fashion designers, McQueen is way UP at the TOP. Considering his clientele includes the Duchess Kate Middleton, so yeah, he’s a pretty big deal.

Grammy nominated, singer and songwriter, Cassadee Pope has all of us itching for this little black dress. Which was designed by the one and only Gomez-Gracia…basically it’s well out of our price range. We’re sure someone in fashion school has figured out a cheaper alternative!

Katy Perry has always had a rather unique style and we just love her for it. Especially considering she threw the rule book out the book and showed up in this Jeremy Scott Couture.

The talented television host and entertainment journalist, Nancy O’Dell, sported her looks at the 2016 Academy of Country Music Awards and we’re in love. This strapless purple gown is pure heaven and we just can’t look away.

First of all, Jana Kramer is AMAZING. We adore her music, her acting career, and we love her honesty about motherhood and her dark past regarding domestic violence. Kramer is a true icon to look up to in all accolades, and yes, that definitely includes fashion. Just look at this deep red dressed designed by Rubin Singer, ~sigh~, it’s beautiful of course.

For all those in fashion merchandising schools, take note cause this is how its done. Cyndi Thomson looks totally stunning and we can’t help but be filled with buckets of envy.

Up next is the ever classy Martina McBride. And when it comes to fashion designers, no one does it quite as well as Kayat.

Singer Maren Morris is practically glowing in this flowy two-toned dress. Pardon us as we scoop our jaws up off the floor!

Cam is sporting the ever classy look of fashion designer Christian Siriano and it totally suits her!

Kelleigh Bannen looks beyond gorgeous in this knee length lace black see through dress – everything that makes one go ~gulp.~

Singer Randy Houser may be the star of the country world here but his wife Tatiana Starzynski stole the show with this breathtaking gown. Seriously, everything about this look is perfect. Everything!

When it comes to country royalty, look no further than Dolly Parton. This gown is perfection and all fashion designers know it.

Our girl Miranda Lambert is totally killing it donning the ever fashionable style of the one and only, Christian Siriano. When it comes to fashion designers, he’s the one you want in your corner.

Singer Maggie Rose is sending out a signal to all those now in fashion school, “This is how its done.” Slay girl, slay.

The wonderful Lauren Alaina looks beyond stunning in this deep blue Anne Barge gown. I’m going to pretend, beyond my wildest dreams, that I could afford such a gown designed by such a talented fashion designer. Sigh.

The incredibly beautiful Betty Cantrell looks effortlessly gorgeous in this two piece halter top dress. It is the epitome of perfection and we ~almost~ resent her for it. But on the other hand, go on girl, you killin’ it!

Singer-songwriter Mickey Guyton is stunning in this Christian Siriano gown. And that’s about all that we have to say!

Singer RaeLynn flaunts her swoon worthy style with this funky fresh white gown and we love her for it!

Texan born Kacey Musgraves was the envy of all fashion designers and mere mortals in this stunning Alice + Olivia short dress. Looks like summer is right round the corner!

The adorable actress is married to country royalty, Brad Paisley, with whom she has two sons with. And I didn’t need to go to fashion school to know her dress is seriously killer.

Back in 2015, Hannah Davis donned this breathtaking dress at the ACM Awards and I’m like, “Gurl, former Yankees player Derek Jeter is a lucky man!”

As one of 2016’s ACM Award presenters, Tom’s casual yet studly style will have all the ladies swooning with his red carpet look. Bravo Tom, bravo!

Georgia girl, Jennifer Nettles is best known as the lead singer of the incredible duo that is Sugarland, alongside Kristian Bush. Nettles looks insanely stunning in this hot-pink dress!

The ever-so humble and friendly number one country singer walks solo on the red carpet this year, fashioning a damper black tux with a cowboy — a perfect outfit choice for this cowboy.

2015 brought us this breathtaking one-shoulder long dress that makes the little black dress look like nothing. Meanwhile, we’ve got the Band Perry on repeat!

Jason Aldean’s wife hit the red carpet looking every bit as gorgeous as ever! Not sure what a fashion designer would make of that slit but then again, who are we judge?

Oh,here we go! Jason and Brittany pose for a quick photo as husband and wife before Jason takes the stage, performing his new hit country single “Light Come On”. Side note: do you think they planned to wear similar the same color scheme? Either way, looking good guys!

The queen of country herself is on this list of course! In 2016, Reba McEntire donned this sparkly gold dress that probably costs more than my mortgage.

All hail Queen Carrie Underwood! She practically stole the show and she’s got every right to. Her jaw dropping look was created by Davidson Zanine and we’re pretty such fashion merchandising went through the roof when Underwood strutted his look at the Academy of Country Music Awards.

The ever adorable and talented Kellie Pickler donned this spectacular Rubin Singer navy blue ball gown at the ACM Awards and we love everything about it!

Miss America 2017 makes the list and we’re really not surprised that she looks fabulous as can be. In every way.

Sibley Scoles was the host of the ACM Awards and her semi see-through dress was as equally daring as it was intriguing.

Wearing a (very) fitted, low-cut, metallic shirt tucked into a long, black skirt with a slit showing just the right amount of leg — Jennifer Wayne clearly knows her body and is wearing the perfect outfit to prove it.

Finally, the moment all country fans were waiting for — Miranda and Anderson together, as a couple, on the red carpet. And how cute do these two look together? A very fitting duo in our opinion.

Deep breaths ladies! From the perfectly tailored suit (with no bow tie) to the slick back suave hair, Sam Hunts look is “hunkalicious”!

The couple of all (country) singers right here folks, Nicole Kidman and Keith Urban — how can you possibly top that? From her Alexander McQueen fashion to his all black tux, the country singers are all smiles on the red carpet.

Teen American country duo, Maddie and Tae, added some sparkle and shimmer to their red carpet look. Singers, songwriters, and guitarists, these two can’t be stopped on stage, and evidently off stage as well. Keep “rocking out” girls!

Luke Bryan nailed the perfect co-host look. With his wife standing nearby, the American singer and songwriter is ready to enlighten, entertain, and put on a great 2016 ACM Award show!

Well this couple is (clearly) not camera shy at all, and definitely know a thing or two about fashion. The dapper Pro NFL athlete and his elegant country singing wife make one excellent pair on the red carpet. Not to mention how well their colors compliment each other, not too much and not too little – just perfect!

Ugh, Jennifer Garner looks incredible. Seriously incredible! We’re just floored right now because this woman just gets better looking as the years go on and her fashion sense does as well. The whole shebang really. 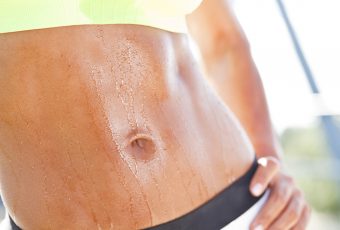 Dance Styles That Will Boost Your Fitness

Dancing is one of the most tremendous ways to burn your calories while also having fun. There are so many different types of dance to choose… 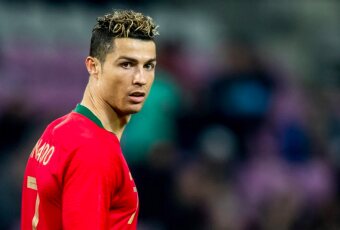 All The Major Sports Leagues On Hold During Coronavirus Pandemic

The coronavirus has changed the world as we know it entirely. Due to this virus, every sporting event, from the big leagues to the small has…